Generalities: Located in Acajutla, Sonsonate to approximately 70 kms of San Salvador; Beautiful beach located on the largest rock reef in the northern pacific. The bottom substrate where the wreck is made of rock is located in the wave-lifting area, which usually helps to have a great dynamic of sand. Species: The organisms observed are echinoderms (Echinometra vanbrunti), starfish (Phataria), lobsters (Panulirus gracilis), oysters (Cassostrea iridescens), octocorals (Muricea austera), and fish.

was a Chilean Passenger Liner Steamer of 3,075 tons built in 1882 by William Denny & Brothers, Dumbarton as the CHERIBON for Compagnie Nationale de Navigation, Marseille. She was powered by a steam single screw giving 11 knots. In 1899 she was purchased by W.T.Pitt, Valparaiso and in 1901 by E.Gerrard, Valparaiso, Chile. On the 11th April 1902 she ran aground on Remedios Point, Panama and was wrecked. Sakkarah (I) was built by Denton, Gray & Co., West Hartlepool and launched as Douglas but completed as Sakkarah for DDG Kosmos. On February 9th, 1890, Sakkarah was wrecked near Acajutla, El Salvador, when leaving the harbour for Hamburg with a cargo of coffee and grain.

Generalities: Located in Acajutla, Sonsonate to approximately 70 kms of San Salvador; Beautiful beach located in the most extensive rocky reef of the Pacific North, golden sands, ideal for diving where you can observe coral formations, sunken ships, and the possibility of sighting humpback whales during the months of October  – February.

The delimited area possesses several types of substrates, these make possible a heterogeneity that favors the diversity of species. Basically, high rock substrates (0.5 m in general), low rocks with sand, high rock with sand and sand are recorded. Where changes in the composition of the benthic fauna inhabiting the substrate can be visualized. The depths of the site oscillate between 20 to 35 feet, where the zones that presented / displayed greater depth have to be substrate of sand. Located on the beaches of La Libertad, 35 kms from San Salvador. The wreck is located on a loose sand substrate belonging to the rising and breaking zone of the wave, so close to the area of rocks belonging to the Comasagua River. The depth ranges from 3 to 5 meters. Located in the east of the country 110 kms from San Salvador, Madresal Island, Puerto El Triunfo Usulután. According to studies, it is assumed that the estuary has been formed by means of two partial developments that differ greatly with respect to its hydrographic, morphological and sedimentary character and that the own Bay of Jiquilisco originally comes from one to several arms of the primitive delta of the River Lempa.

The mouth of El Bajón forms the mouth of the estuary of Jiquilisco of 2 km wide. (Gierloff – Emden, 1976) The importance of this site for conservation has been validated by UNESCO as a “Xiriualtique” Biosphere Reserve which means “The Bay of Stars” and has been named RAMSAR wetland.

The wreck is located on a loose sand substrate between 18 and 70 feet; The organisms that are observed on the surface of the ship are Carijoa multiflora and sponges, besides species like the lobster (Panulirus gracilis) and fishes; Including the most prominent Epinephelus itajara, “mero” (goliath grouper goliath) that is in danger of extinction of the IUCN red list and in the national list of threatened and endangered species of the ministry of the environment and Natural resources, where it is prohibited for sale or extraction of their habitat On 8 October 1896, a composite barque called BRUCKLAY CASTLE was wrecked at El Triunfo, Central America on a voyage from El Triunfo to the Channel with a cargo of fustic wood.

Sydney Empire & Sydney Morning Herald, 31/8/1867:
The new Aberdeen clipper BRUCKLAY CASTLE, Capt. Smart, arrived from London 7 Aug. after voyage of 103 days. She is from well known building yard of Messrs. Hall & has been constructed on the composite principle, viz. iron frame & teak planking of great thickness. She is nicely sparred & fitted with all the modern appliances. Although her passage has been protracted, no fault can be attributed to her lines, which are very fine indeed. Capt. Smart reports she sailed from Gravesend 25 April…met very heavy weather from meridian of Cape of Good Hope to Cape Lewin. 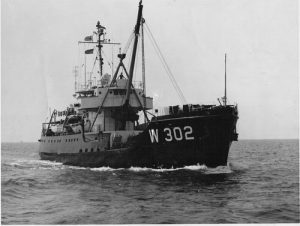 Madrona was commissioned on 30 May 1943. Upon commissioning, the cutter was assigned the homeport of Miami, FL. In addition to performing convoy duty during World War II, Madrona was actively involved in the installation of numerous new aids to navigation throughout the Southeastern United States and the Caribbean Sea. In September 1947, Madrona‘s homeport was changed to Portsmouth, VA, where she was responsible for maintenance and inspection of aids to navigation in the Chesapeake Bay. On 27 April 1949, the cutter searched for a reported mine near the Chesapeake Lightship. From 4–6 November 1950, Madrona towed the disabled MV Atlantic Explorer. On 14 May 1951, Madrona assisted following a collision between MV Thomas Tracey and a naval vessel. On 4 October 1951, she assisted MV Marose, which had grounded near Cape Henry, VA. On 26 July 1957, Madrona‘s crew assisted in fighting a fire on MV Havmoy in the Lynnhaven Roads. In February 1958, Madrona was called upon to break ice in the Chesapeake Bay. In April 1959, the cutter assisted MV Terra Nova in the lower Chesapeake Bay. In September 1960, Madrona provided assistance in the Portsmouth area following Hurricane Donna. On 4 February 1963, she assisted following the collision between the MV Skaustrand and the tanker P.W. Thirtle in Baltimore Harbor. On 27–28 February 1967, the crew helped fight a fire on MV Caldas 50 miles east of Chincoteague, VA. On 24 May 1980, Madrona escorted the disabled tanker Esso Portland to Hampton Roads. In January 1982, she broke ice in order to permit salvage barges to move to the scene of the Air Florida crash site on the Potomac River in Washington, DC.

In April 1984, Madrona entered the U. S. Coast Guard Shipyard in Curtis Bay, MD, to undergo a major renovation under the Coast Guard’s Service Life Extension Program, commonly referred to as SLEP. This $15 million overhaul, encompassing the complete rebuilding of the interior of the vessel, greatly improved living conditions and replaced the aging propulsion plant. In September 1989, Madrona was returned to service, this time to her new home port of Charleston, SC, where she remained until her decommissioning. While stationed in South Carolina, Madrona was responsible for the inspection and maintenance of 334 buoys along the South Carolina and Georgia coastlines, as well as Guantanamo Bay Cuba, the eastern part of Puerto Rico, and the U. S. Virgin Islands. In 2000, Madrona set the mooring buoys that helped raise the Confederate Submarine Hunley in Charleston Harbor.

Madrona was decommissioned after almost 59 years of active service in a ceremony held at Coast Guard Base Charleston on 12 April 2002. Following her decommissioning, the cutter was sold to the Navy of El Salvador, where she actively serves today.

This ship has been reported out of service, is resting in the bottom of the sea at 7km off shore at Los Cobanos beach in El Salvador

What other said about us

Started my open water course motivated but scared to death with Mark as my instructor.

He managed to get me comfortable with his calm and systematic approach.

During the course we had lots of fun learning the ins and outs about scuba diving and the open water course.

The theoretical part of the training was explained very will with practical examples.

And as a bonus he video taped my last dive which resulted in nice footage as reminder of my open water experiences.

Overall I would recommend Mark as a skillful and ‘in control’ instructor with a helpful and warm personality.

Until we meet again

Mark took us out as a replacement for the diving instructor we booked, but we were really happy to have ended up with him.

Not only was Mark easy to get along with, but as an instructor he was very patient and took his time to make us feel comfortable; allowing us to learn in our own time.

We would absolutely recommend learning to dive with him and can also highly recommend lake Ilopango as a fantastic starter destination.

I went diving with Mark and another friend who was also staying at the Hammock Plantation Hostel (which Mark also owns). He is very knowledgeable in what he does and is someone who is more concerned about developing good divers rather than making money off of divers. No matter your experience level, I think anyone would benefit from diving with him and his operation.

Aside from Mark’s knowledge and passion for diving, diving in El Salvador provides you with the unique experience to dive in a volcanic crater lake, Lake Ilopango. This is an experience by itself that you can’t find in many places.

I would certainly dive with them again!